Behind The Scenes – How Dean Scaled His Business to a 2,000,000 Empire Using My 8-Week Program – AutomationClinic.com 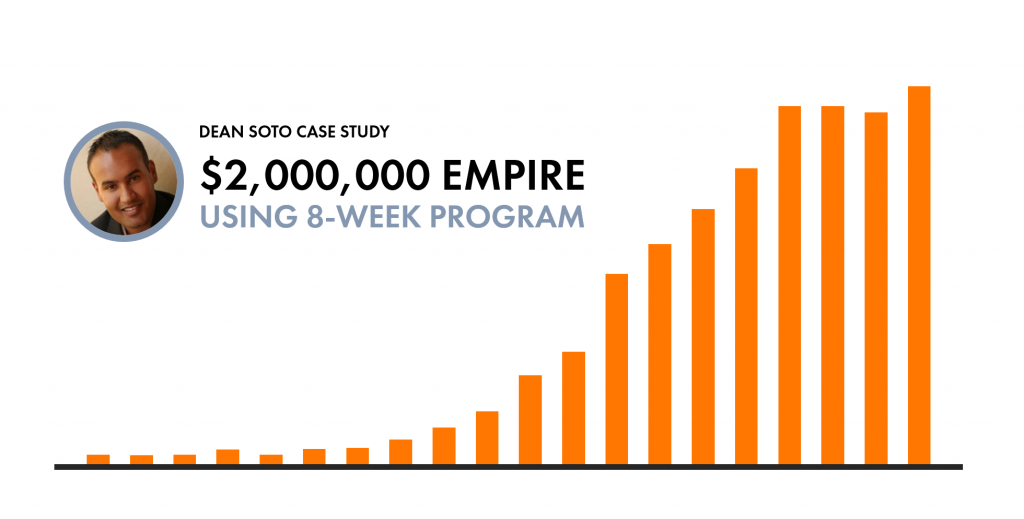 Behind The Scenes – How Dean Scaled His Business to a 2,000,000 Empire Using My 8-Week Program

You know that “mid-life crisis” everyone talks about? When you hit a certain age and realize, “This is probably as good as it’s going to get for me. It’s all slowly downhill from here.”

Dean had encountered the mid-life crisis of his business. Smack dab in the middle of a meeting, it hit him like a ton of bricks. If he didn’t change the trajectory of the business — and soon — he wasn’t going to have much to look forward to.

Dean runs an online business where he teaches people how to start real sustainable Amazon businesses without any inventory. It’s a great niche - one with a lot of potential. He just felt like a lot was being left on the table.

The major problem was a lack of consistency in his sales. Some months, the company would generate $25,000 in sales, other months they’d pull in $50,000. He realized that the business had officially hit a glass ceiling, and something desperately needed to change.

Here’s the story of how this entrepreneur recognized the #1 roadblock holding him back, and how he implemented my proven systems to generate over $2 million in revenue in a span of 2 years.

As I stated earlier, Dean was doing a lot of things right. He had a well-defined niche. Here’s how he describes it:

“We definitely prefer to have clients that have already sold on Amazon prior to working with us. Basically, in the Amazon industry, there are a lot of people who teach the basics of how to sell on Amazon through what's called “retail arbitrage”… That’s not who we are.

Our customer is in their mid-30s, they’re married, they've got a stable family.

One observation I’ve made is that a lot of them have one spouse who works a traditional 9-to-5 with structure and benefits, and the other stays at home with the kids and has a small business they run from their home. We're appealing to that person. The person who isn't looking for the grind or commute of a brick-and-mortar store. They’re looking for a little something on the side — a ‘side hustle’ — to supplement income.”

He has two great products:

“Dream Dropshipping”: A program that teaches people how to sell merchandise on amazon without having any inventory.

“THE UNSTUCK LAB”: A three-week program that teaches his clients how to unlock their full potential. 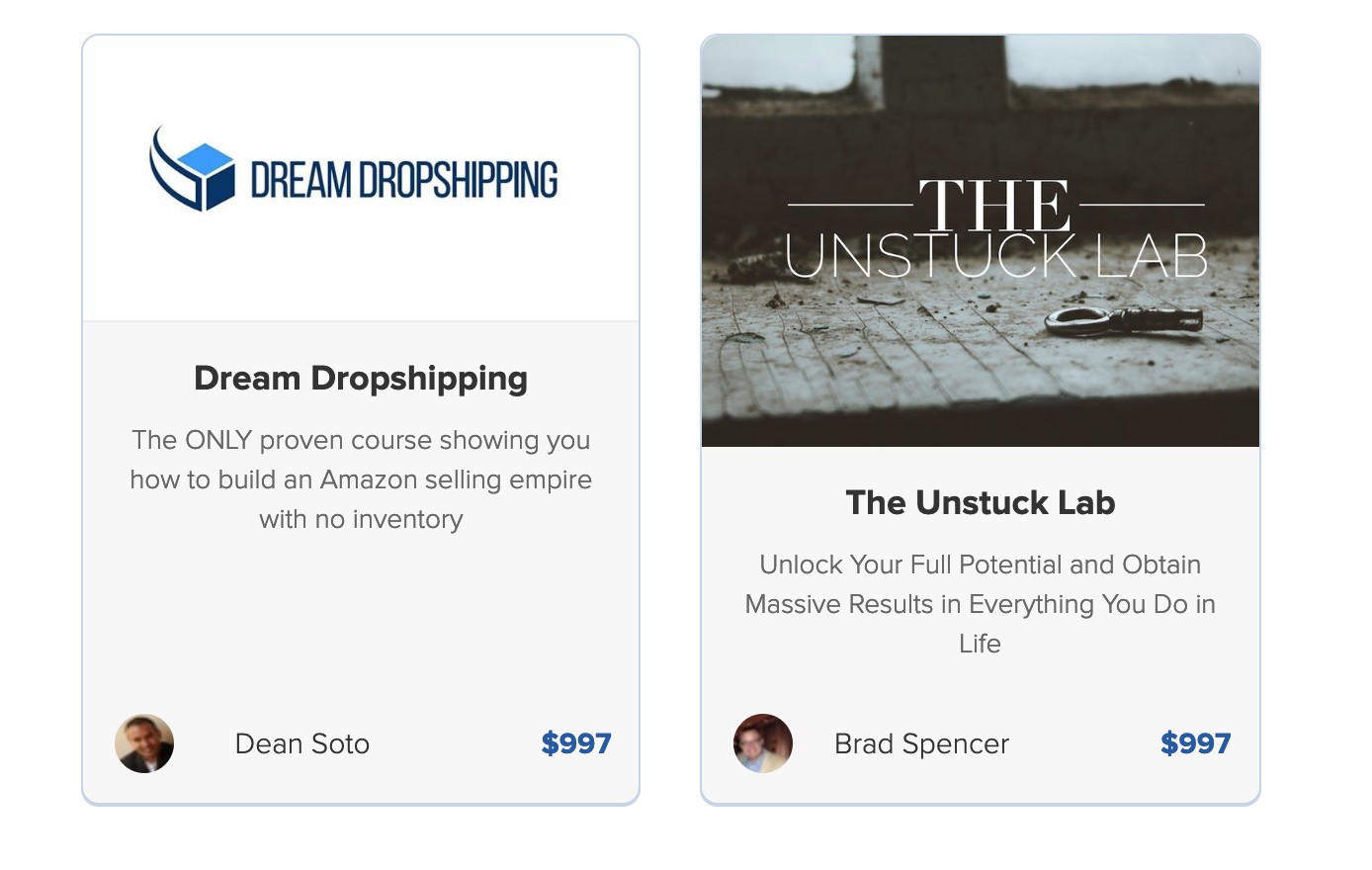 And most importantly, they have a hungry market.

All of the writing on the wall showed he and his team had the making of a great business. But Dean had a problem. He couldn’t figure out how to scale their growth.

“It was really hard to really grow our business systematically and everything was kind of unorganized. We’d try one thing and if it worked, great. If not, ‘oh well, let’s try something else’.”

If something was broken, they’d just move on to the “latest and greatest” marketing tactic.

You can see how this would hurt and frustrate them in the long run.

Luckily, Dean realized this and started looking for ways to improve. And what he found was a lot of garbage.

What Dean needed was a well-tested system that delivered leads around the clock, and nurtured them into clients.

Sidenote: I’m sure if you check your email inbox right now, there are 30-40 marketers promising the world with their one “magical” trick or tactic.

One of the problems plaguing today’s marketplace is there are a lot of “overnight marketers” who are just selling marketing techniques that (may or may not have) worked within their own niche, but fall apart when tested in different environments.

After digging and digging, he contacted me.

About 25 minutes into the conversation, I knew exactly what their issue was.

He was stuck in what I like to call “Gear One” and didn’t know how to shift gears.

Keep reading, I’ll explain what I mean in a second...

Most of his days were filled with reactive and reactive manual “tasks.”

These are manual stuff things we have to do ourselves - stuff that doesn’t belong to a system or process.

Since this stuff is also reactive, what it usually boils down to is the realization that we don’t spend our time proactively working towards moving the needle for our business or pulling the levers that drive profitability.

Dean was constantly putting out fires or as I like to call it, being stuck in “Gear One.”

By the end of our call, I ensured Dean that I had the solution that would allow his business to flourish…

And with excitement, he decided to commit to the 8 week program. And I have to say, their results were better than expected.

After completing the program, Dean sent in this video:

Dean took the system and used it to its full potential. He understood that he couldn’t just take bits and pieces of advice and turn them into tangible results, but had to go all in. So he capitalized on some of the program’s most powerful features:

Most importantly, he finally had the key system to turn their business into a lead and client-generating, well-oiled machine.

It’s been an honor working with him and his team. It’s amazing to see a business owner’s journey and watch people who thought they had no more growth in them, scale big and defy all expectations.

And I’m happy to state that Dean’s journey is far from over. Just read the email I recently received from him:

And he'll continue using the strategies in the Sales Synergy System to see massive success.